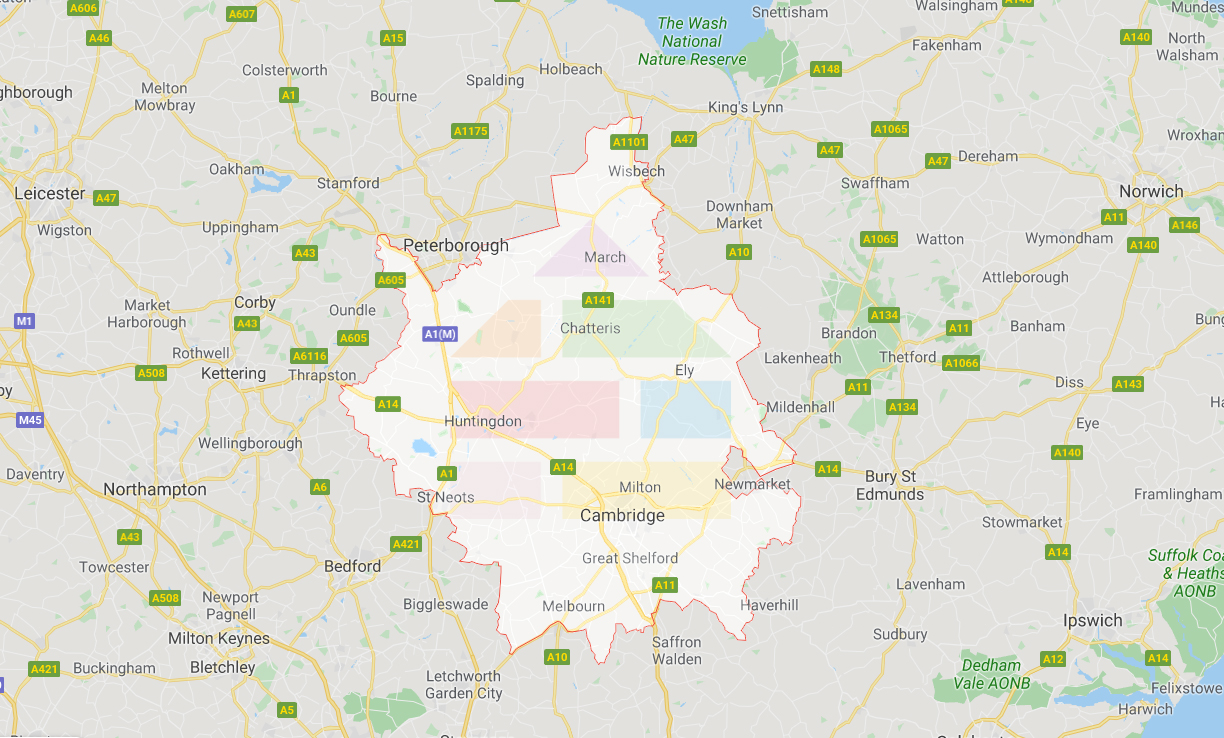 As the 1st edition of a series of articles that Brickowner is producing, we hope to give some insight into the areas where we see the best property investment potential within the UK. In this edition we are looking at Cambridgeshire and the three main factors that have seen the county experience a 2.2 per cent year-on-year growth rate in house prices.

The Government’s focus on the Cambridge-Milton Keynes-Oxford golden triangle, or corridor, has helped drive house price growth in recent years.

In November 2017, a report for the National Infrastructure Commission (NIC) noted that “in 2014, the Gross Value Added (GVA) of the “corridor” was £90.5bn (2011 prices); by doubling housebuilding rates in the area, and delivering East West Rail and the Oxford-Cambridge Expressway, this [would] increase by £163bn to a GVA of £250bn”.

The NIC also projects that the corridor will become host to significant hi-tech industrial developments and will be the site of one million new homes by 2050.

To facilitate this development, two major projects are underway or planned. Work has begun to extend East West Rail from Bicester to the West Coast Main Line at Bletchley, with an onward extension to Cambridge planned. Concurrently, detailed route options planning has begun on the Oxford-Cambridge Expressway (linking the A34 with the A14).

Cambridge has the fastest-growing city economy in the UK – and that will continue for the next year, a new study by law firm Irwin Mitchell suggests. The city is connected to both domestic and international markets via one of the world’s leading universities, which provides top-class human capital to employers. Cambridge’s education sector recorded the sixth-highest output in the country, with a contribution of £319.4million in the fourth quarter of 2015.

Silicon Fen, also known as the Cambridge Cluster, is the name given to the region of Cambridgeshire which is home to a large cluster of high-tech businesses. Focusing on software, electronics and biotechnology, it is one of the most important technology centres in Europe. Around 57,000 people are employed by the 1,500 technology-based firms in the area, with a combined annual revenue of over £13 billion. It leads in machine learning and AI, information technology, life sciences, gaming, and food and drink industries. Microsoft’s European research HQ is in the area, as are Amazon, Apple and many more.

As a result of the above, there is a growing population that is expected to continue to grow over the next decade. This growth has already created a housing shortage in the county.

According to documents that have been recently released by Cambridgeshire County Council, the rate of housebuilding will have to double over the coming years to meet demand. Greater Cambridge had 117,000 homes in 2017, and there are already plans in place for an additional 36,400 homes by 2040. But to meet the council’s commitments under the wider Cambridgeshire devolution deal, an additional 30,000 homes may be needed in the same time span.

Such impressive growth might be an indicator of overzealous valuations in an overheated market. But council data shows that there is a close fit between prices based on only real sales (dotted lines) and prices based on real sales and valuations (solid lines). This shows that good house prices are being achieved on sale, not just on valuation. This gives a positive outlook for property investment – there is stable and realistic growth within the Cambridgeshire property market.