What could 2020 have in store for UK property investment ?

As we begin the New Year, we outline some of the factors that could have a positive effect on UK property investment in 2020.

It is no secret that Brexit has had a massive dampening impact on investment decisions. Consumers and businesses have behaved as if we are about to enter a recession because of a cloud of uncertainty that has hung over the UK economy.

With certainty restored, a significant economic boost could now follow. This could come from a wave of foreign investment, as well as domestic business leaders signing off investment plans which have been put on ice for the past three years.

As a result, there is a good reason to believe that the UK will exceed the 1.4 per cent growth rate for 2020 predicted by the IMF. Also recently The Centre for Economics and Business Research (CEBR) said that ‘despite Brexit, the French economy failed to overtake the UK’ in the three years since the EU referendum. On current trends, its projections found, Britain’s output should be ‘a quarter larger than the French economy’ by 2034 and that Brexit ‘will not damage UK’s status in the world’:Britain looks poised to remain a dominant global economy.

We have already seen how quickly confidence can rebound with the pound surging to its highest level since June last year and the FTSE 250 hitting record highs. Shares in almost every property related public limited company jumped significantly by around 10% in the immediate aftermath of the election. A recent survey carried out by The Times reflecting the views of economists from the City’s leading think tanks and universities revealed that more than half of the respondents said that investment would grow considerably over 2020 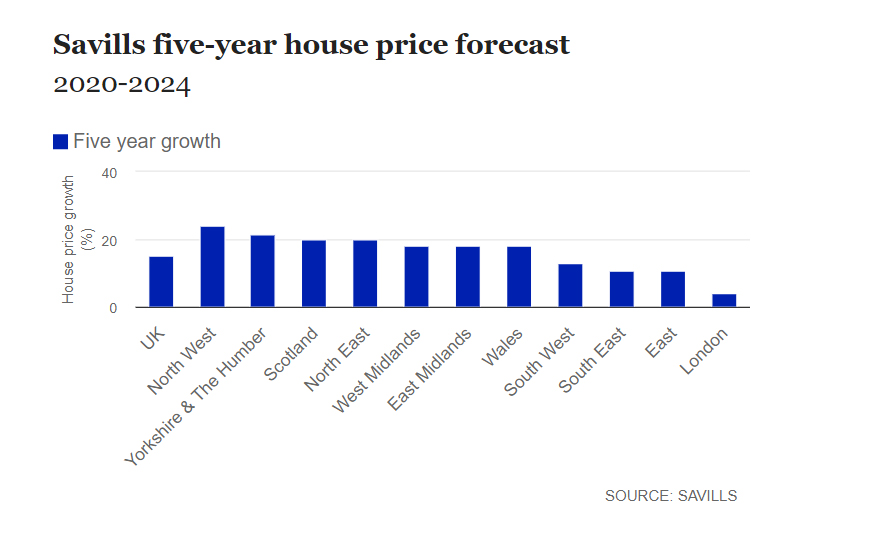 Home mover activity and confidence have been dogged by political uncertainty since the 2016 referendum. Many buyers and sellers have put their lives on hold, waiting for an outcome to the political controversy playing out in front of us. The considerable pent up demand, which has been waiting for Brexit clarity, could now be released.

Though the short-term forecasts are timid, analysts are taking a bolder stance on the long-term view. Knight Frank predicts mainstream UK prices will grow by 15 per cent by 2024, while prime central London prices will rise by 18 per cent.

With the new Conservative government comes a wave a new planning and house building pledges, which if adhered to could create opportunities for property investors, some of the proposals include :